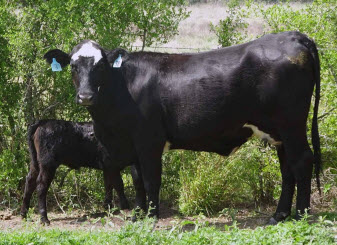 Lester Livestock Services LLC is here for the Cattleman! Our focus is, selling replacement heifers, cows and bulls out of a ranch setting. What we do is provide comfort, honesty and integrity in a low stress environment during the cattle buying and selling process. Our cattle for sale page is constantly changing and the names of satisfied customers are growing with each transaction.

Lester Livestock Services can be your only stop in finding a great top quality set of cows / heifers or herd bull. We focus on finding you the best cattle at reasonable prices. If you do not see what you are looking for, please contact us directly via website or by phone to discuss your specific needs.

Lester Livestock Services offers open heifers, bred heifers and exposed heifers for sale year round. An “open” heifer is one that is of breeding age, and able to be bred. Once a heifer becomes pregnant she is referred to as a “bred” heifer. An “exposed” heifer refers to a heifer that has been exposed to a bull. The breeds most commonly sold include Angus, Brangus, Braford, Tigerstripe, and Brahman influenced crossbred heifers.

Lester Livestock Services offers cows from all major breeds for sale including Angus, Brangus, Hereford, Brahman, Braford, Tigerstripe and also Crossbred cows. We sell pairs and bred cows on a year round basis.

Selling Virgin Bulls with a Guarantee of Fertility

Lester Livestock Services is not a breeder but we do offer several breeds of bulls for sale on a year round basis. The bulls most commonly sold year round include Angus both black and red, Brangus, Hereford, Charolais, and Brahman. We sell mostly virgin bulls with a guarantee of fertility. At times we offer seasoned and proven herd bulls for sale with a herd sell out.

Also referred to as Aberdeen Angus is a breed of cattle native to Scotland. Angus cattle are most often used in the production of beef.

Cross between an Angus and a Brahman. They are a popular breed of beef cattle that are considered a hardy breed that thrive well under adverse conditions.

Cross between a Hereford bull and a Brahman cow, but it can also be a cross between a Brahman bull and a Hereford cow. The desired traits for a true Braford are 3/8 Braford and 5/8 Herford. However a ½ Brahman and ½ Hereford cross are referred to as F1 Brafords or F1 Baldies. They carry the characteristics of both parents including the red coat of the Hereford with a white head, feet and underbelly combined with the stockiness of the Brahman.

A breed of cattle that was first bred in the United States from Zebu cattle imported from India. Brahma cattle were produced by cross-breeding three breeds of cattle, the Kankrej, Ongole and the Gir breeds of cattle. The Brahman is an extremely popular breed of cattle that is used for the production of meat in countries around the world including Brazil, Argentina, Paraguay, Colombia, Australia and the United States.

Breed of beef cattle that are resilient to many different types of climates. The Hereford is primarily used for the production of meat and originated in Herefordshire, England. There are more than five million pedigree Hereford cattle in over 50 countries. The export of Hereford cattle from the United States stared in Kentucky and spread across the United States to Mexico and South America. Today, the Hereford can be found across the world from Australia, Russia, Israel, Japan, Scandinavia and continental Europe.

Breed of cattle of taurine beef cattle from the Charolais area in Burgundy, eastern France. Charolais cattle are raised for meat and they may be cross bred with other breeds of cattle including the Angus and Hereford. A Charolais that is cross-bred with a Brahmans for example is called a Charbray and is recognized as a breed of its own in some countries.

Please give us a call or send us an email and let us show you how we can be a trusted partner in your operation today. We look forward to helping you sell or buy your next set of replacement heifers, cows or bulls!
CALL US TODAY!!

Selling and marketing quality Ag and Construction equipment for sale.

Selling Livestock, Equipment, and Property through the auction method of marketing.